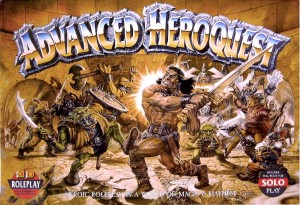 The Big Damn Heroes met with the Merchant captain Benji Frogwater to discuss the disappearance of his ship and his daughter that was aboard it. According to eye witnesses the ship was coming into port when it suddenly pitched starboard and was swept sideways quite unnaturally into the island upon which the lighthouse stands. Of […]

We had a wonderful group of players at our second (my third) International Game Day, sponsored by the American Library Association. We did have a few hurdles to deal with.  The biggest one was a scheduling glitch that ended up restricting us to a much smaller room than we had originally planned for.  As such, […]

Since the end of the year brings out numerous Top 100/50/25/10 Games of All Time Lists, I thought I would throw my hat in the ring. My list is a little different, it is my favorite games, listed alphabetically.  While I do have games that I like better than others, not in all situations.  As […]