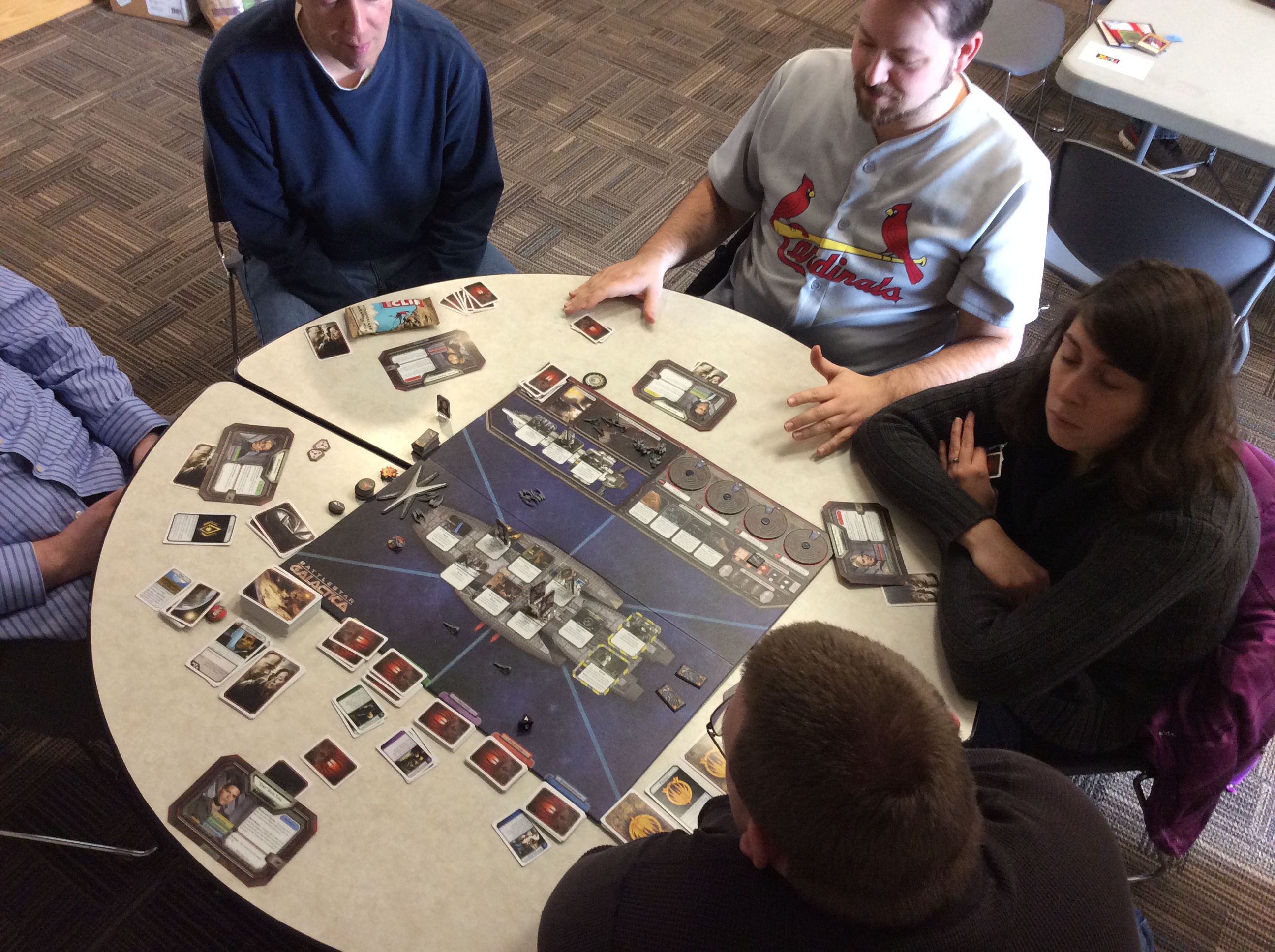 We had a wonderful group of players at our second (my third) International Game Day, sponsored by the American Library Association.

We did have a few hurdles to deal with.  The biggest one was a scheduling glitch that ended up restricting us to a much smaller room than we had originally planned for.  As such, we only had one video game system up, and only 6 tables for gaming.  We made it work.

The library already hosts a weekly open gaming event that we call “Non-Boring Board Games”, so many of the attendees were some of our regulars.  However, we had several new visitors, as well as a lot of younger faces than normally attend.

Some of the games played were Magic: the Gathering, Gloom, Lord of Waterdeep, Nexus Ops, Battlestar Galactica, Yahtzee, Libertalia, Dungeons and Dragons, Carcassonne and Quarriors.

Our grand total of attendees was 27 people, we gave away 7 door prizes, and much fun was had by all.