The games on this morning’s “Unplayed Games” list have both been “kinda played”.  Each was picked up after a  brief demo, and never got played after that. 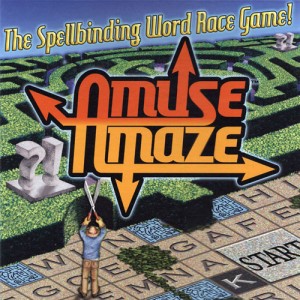 Before I got heavily interested in board gaming as a hobby, I was primarily an RPG guy.  One of the perks of being a game retailer is the “trade show”.  Each year, we visit the opposite corner of the state, and spend a weekend with other retailers and game manufacturers.  In 2008 (I believe), one game that I tried at the trade show was [bgt id=336568], which led us to pick up a copy.  It’s never made it back out of the box.  The demo of the game was fun enough, but I’ve never found anyone interested in trying it. 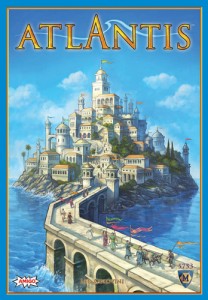 At GenCon 2010, we spent a lot of time at the Mayfair section of the distributor area.  Their demo program at GenCon that year let you get various “resource badges” for demoing different types of games.  We spent the better part of an afternoon there, playing Gangsters, Journey to the Center of the Earth and several other games.

While we were there, I only every SAW Atlantis played, but we picked it up because it looked like fun and it seemed like a good two-player game.  We punched out all the pieces while waiting for a “Celebrity D&D Session”, and I don’t think we’ve ever opened the box since.