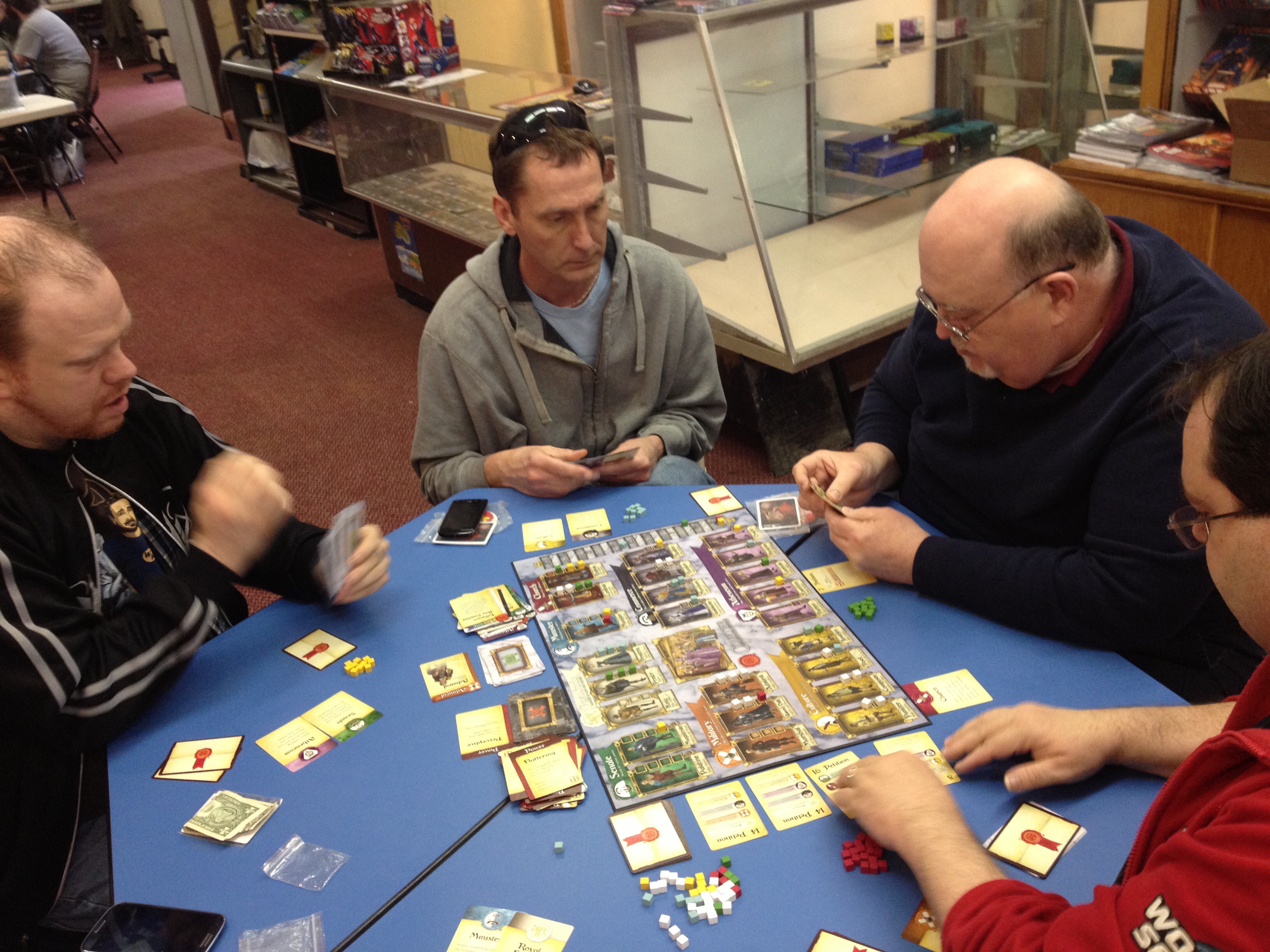 September was a month of mixed results, gaining two new thru our new Facebook page, but generated no new gamers from our advertising with the Washington Times Herald, both in their hard copy newspaper and on their web site.

-One of our attendees just watched games being played.
-The two new attendees were both from Kentucky, but
different parts of Kentucky. They both saw our Facebook
page and decided to attend.
-Our first foray into miniatures this month, as a Napoleonic’s
Miniatures game was played, with the French defeating the
Russians.

In addition, we had three other game nights at the Museum in September. Two of the Legends Game Nights were held at the Museum due to travel issues.

Legends Board Game Night at the Museum, 2 nights

We have also initiated an additional game night to focus on new games, deck builders, and Living Card Games.

We have not settled on a format of scheduling our Game Night at the Daviess County Museum. Check our Facebook page for October’s date.

In other activity by Museum Gamers

Come game with us on the first Saturday of the month!

Jason’s Board Game Collection — Agricola: All Creatures Big and Small